If you think its hard to get motivated, imagine how hard it is to compete against someone who is motivated and you are not. Our motivational speakers will ignite the motivation that resides in each and every member of your organization.

For over two decades, Scott Greenberg has captivated audiences with his motivational presentations on leadership, resilience and peak performance. He’s spoken in all 50 U.S. states and throughout the world to clients such Nike, Allstate Insurance and the U.S. Air Force. He’s written three books on leadership and is a contributing author to “Chicken Soup for the College Soul.” Scott has also built two “Edible Arrangements” franchises, which have won the “Best Customer Service” and “Manager of the Year” awards out of more than 1000 franchisees worldwide.

Courage, Conﬁdence, and Compassion allowed Antoinette, a school bookkeeper, to successfully talk down an armed gunman saving 870 lives at the Ronald E. McNair Discovery Learning Academy on August 20, 2013.
Audiences of all ages are inspired and motivated by this story of one woman’s faith and raw courage – the only school active shooter situation in the nation which occurred without fatalities or injuries.

Eugenie is a survivor of the 1994 Rwandan genocide. After moving to the U.S., Eugenie began to publicly share her experiences with students across the country to educate them about the dangers of hatred, inflammatory language, violence, and lack of concern for others. She uses her life story to inspire others to rise above personal setbacks and tragedies. Eugenie is available for Student Assemblies, Parent Workshops, and Staff Development Programs. 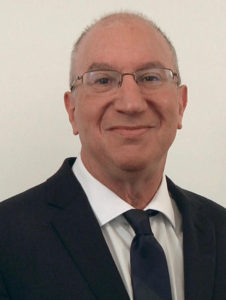 Perhaps the only individual ever to have been profiled in the business sections of The New York Times, Miami Herald, Newsday, and Int’l Herald Tribune, Harry Freedman will create the perfect fake industry expert for your group, He starts off for real, but after a few minutes of his outrageous quips, everyone realizes they’ve been had – and they love it.

Bob is a highly successful corporate executive, author and speaker. He grew up from a childhood spent in five foster homes to two decades as nationwide head of The Hearst Newspaper Group and vice president of The Hearst Corporation. His goal is to be an instrument for renewed affirmation that every single person is worthwhile. 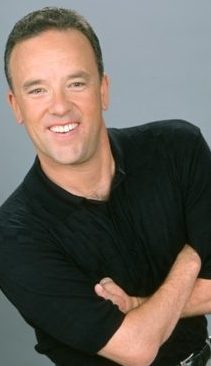 Roger was born with severe physical disabilities. Against all odds, he became a tennis champion who competed against able-bodied college athletes. Because of his remarkable accomplishments, he has been inducted into three distinguished halls of fame.

Kathy was born with a hearing loss that went undetected until she was eight and led to believe she was mentally retarded. She was sexually abused, run over by a car, and stricken with cancer all before the age of thirty. She went on to become a top female comedienne, an award-winning author of a one-woman show, a PBS special, and a book.