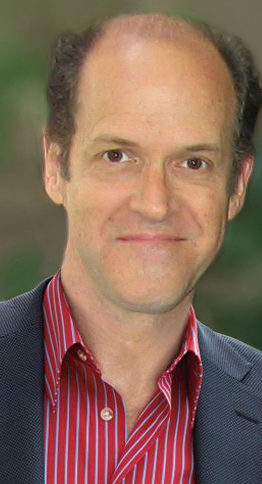 Cary Trivanovich from Southern California is both a comedic performer and a speaker. Cary has inspired audiences in over 4000 schools, colleges, conferences, corporate and faith-based events throughout virtually every state across America with his unique mix of keynote message and pantomime.

Cary Trivanovich from Southern California is both a comedic performer and a speaker.  Cary has inspired audiences in over 4000 schools, colleges, conferences, corporate and faith-based events throughout virtually every state across America with his unique mix of keynote message and pantomime.  Apart from speaking engagements, his unique performance has been enjoyed in theatres, theatre festivals, colleges and cruise ships around the world.

However, a bio on Cary is inadequate without noting two aspects of significance about him:

First, his performance is unlike anything in the world, prompting one Los Angeles critic to describe him as “a remarkably prodigious talent.”  He has captivated and captured the respect of each and every audience he has faced, even high schools – thousands of them – irrespective of their location or behavioral history.  This performance routinely draws reactions from high school administrators like, “The best assembly we have had… it ran into lunch by choice of the students,”  “Magnificent! Totally captivated a difficult audience,” and “Standing ovation after encore.”  This unique performance has defied the seemingly natural law that high school audiences need supervision or “control” to keep them in line.

The other aspect of Cary’s significance is that he is noted for being America’s premier speaker on school bullying, having addressed the need full-time since a decade before the internet and long before bullying came to the forefront of concern in America’s schools.  Cary has led the charge of addressing bullying in thousands of schools, education and community forums, and conferences throughout the United States and Canada.

Cary’s extensive knowledge of the world of bullying is not only borne from his personal life experiences (albeit painful) that grant him “street cred” with his audiences, but also from his speaking experience.  After comparing notes about school bullying with thousands of school administrators, teachers, psychologists, counselors, student leaders, parents, leaders of different faiths, and even bullies, Cary has gained distinction as an authority in the field of bullying prevention.

Cary Trivanovich’s assembly program consists of his unique performance followed by his message.  Cary’s performance earns him the right to be heard, setting the table for his message. You can choose from his message topics:

Choose Character Over Bullying – This popular message goes beyond merely educating about bullying, but seeks to affect students’ hearts about their character and the feelings and well-being of others.  Focusing in on both school and cyber bullying, Cary exposes the self-centered and immature mindset of bullying.  He gives helpful and practical advice to the bullied, and explains the importance and rewards of reporting bullying when being a witness to it.  Cary culminates his message with his acclaimed Three Chairs discourse, which contrasts the consequences/rewards of people who are either self-absorbed or selfless.

Peer Respect – This is a variation of the above message, leaving out the emphasis on bullying, but emphasizing the positive rewards of treating others with respect.

Leadership For Lifechange (For student leadership events) – Using his testimony of how his life was changed by student leaders in high school, Cary brings to light the qualities of teens who draw respect as leaders – Those who exhibit selflessness, maturity, and who are concerned for the well-being of others.

Bullying in America’s Schools – Cary Trivanovich offers invaluable reasons and remedies for school bullying.  Bringing together the collaborative knowledge of thousands of education professionals, psychologists, student leaders, church leaders, and bullies themselves across the country, this will be the most comprehensive overview about bullying, simplified into a keynote message.  You won’t need pre-entertainment for this keynote session either, as Cary Trivanovich will perform as a prelude to his message.

“Cary is GREAT!!!!  I have never seen our members so involved in the Keynote Speaker’s presentation before.  The next morning at our Advisor’s Breakfast, the advisors gave him another standing ovation in addition to the one all the members gave him at the Opening Session…  If there was a five star scale to rank Keynote Speakers, I would give Cary six stars!”
– Lloyd Devault, State Advisor, Florida HOSA (Health Occupation Students of America)

“Your talent is amazing. Your message changes lives”
– John McNichols, Past President, California Association of Directors of Activities

“In my eight years of booking speakers for our D.A.R.E. graduations, you were by far the most powerful.”
– Deputy Sheriff Blank, Wapakoneta, OH

“In my 12 years of educational leadership, Cary is the single most impactful speaker/presenter I have ever witnessed. My students kept interrupting his presentation and message to applaud him.  Our kids described his performance as ‘Life Changing.’  He is AWESOME!”
– Dr. Jim D’Agostino, Principal, Santiago Charter Middle, Orange, CA

“It’s awesome to book an assembly that is both a world-class performance and a powerful message by a consummate professional, age appropriate speaker.”
– Greg O’Meara, Principal, Quail Glen Elementary, Roseville, CA

“Even after a month our students still talked about his performance.  They continued to marvel at what he is capable of doing, and talked of his performance with fondness; fondness for him and what he created within that magical hour…  I have never witnessed our auditorium so mesmerized by anything.”
– Steven Southard, Director of Activities, Sonora High, Sonora, CA (Retired)

“I had the opportunity to see your show this past Summer at the National Student Council Convention in Arizona and I felt truly compelled to write you and tell you how deeply you touched me… I have seen many nationally known speakers, and I have to tell you that your show is the very best one… You will never really know how much your show meant to me.”
– Makila from Lincoln, NE

“It totally opened my eyes and made me realize how precious my life as a teen is…  you have touched my heart and I want to let you know that you have saved my life, and my adolescence.  You are a true saint and no one will ever be able to replace what you have done for me today.”
– Michelle from Woodcreek, CA

“Sir – Thank you for saving my life.  Last week I decided that I was worth nil.  In a couple days I was going to kill myself.  Today you made me laugh for the 1st time in weeks and I think I’ll get help.  You don’t realize.”
– [A note handed to Cary by a young lady after a high school assembly in Monterey, CA]
“I just have to say thank you again from the bottom of my heart for the truly incredible performance you gave us…  You are such a truly incredible man and you are adored by so many.  I have seen you perform a number of times, and your Gift of Life piece honestly moved me more than anyone or anything has for me ever before in my life.”
– Past State President of the California Association of Student Councils

“I was going to skip the assembly so I could get high, but I was caught and a teacher took me to the auditorium to watch you… Your message probably saved my life.  I was very deep into drugs, so deep that I didn’t think I’d ever make it out of my hole.  I didn’t even expect to make it out of high school.  But, after I watched your show, I realized that I was wasting my life and my potential… I want you to know that you changed my life and that you made a difference in one girl’s life.”
– Jennifer, from an undisclosed area