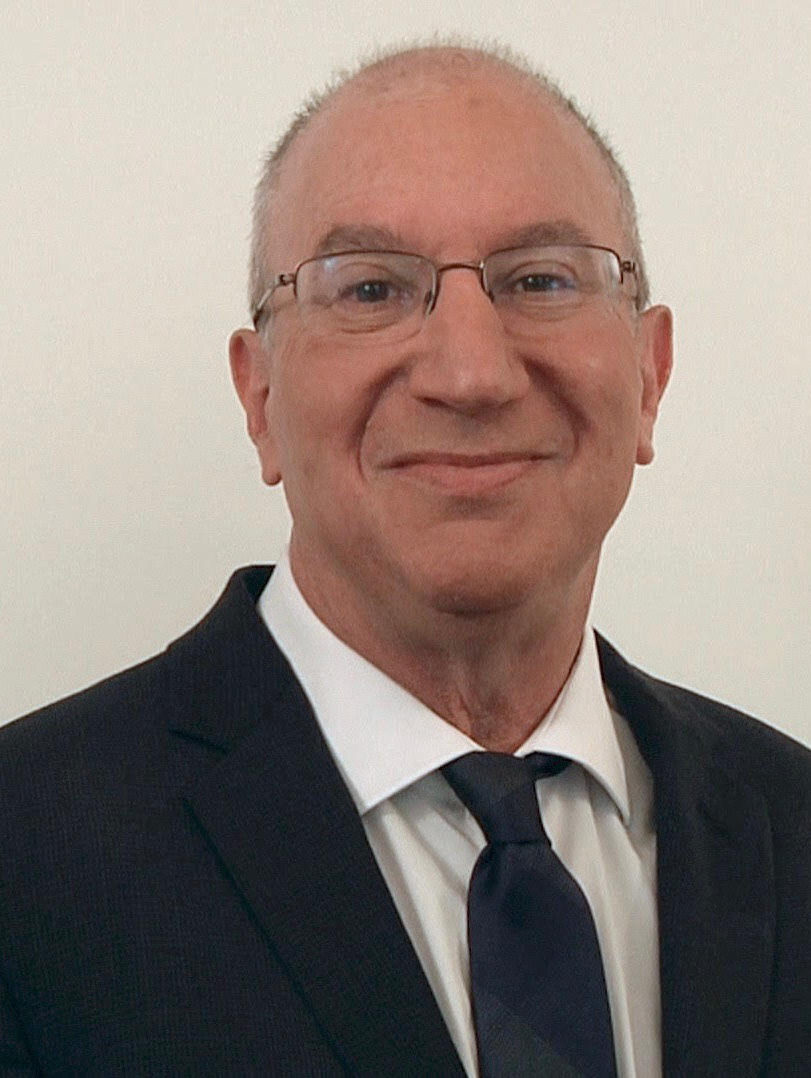 WHAT IS A PUT-ON?

Bringing in Harry to play the part of an industry expert or newly hired executive. He starts off for real, but after a few minutes of his outrageous quips, everyone realizes they’ve been had – and they love it!

CAN IT WORK FOR ANY GROUP OR ORGANIZATION?

ABSOLUTELY! Each of Harry’s put-ons is completely customized to the client’s need and situation. Sometimes the “spoof” takes the form of poking fun at a general topic you agree on with Harry; sometimes it’s poking fun at specific people that you and Harry select. In either case, you can rest assured it will be a hit with your group.

WHAT ARE THE BENEFITS?

REVITALIZATION: Nothing refreshes a group better then laughter – as everyone emerges re-energized, ready to tackle new challenges. FACILITATING TRANSITION: From planning to implementation, from completion to beginning, or from work to relaxation, it’s the perfect way to refocus a group on new goals or activities.

Perhaps the only individual ever to have been profiled in the business sections of The New York Times, Miami Herald, Newsday, and Int’l Herald Tribune, Harry Freedman will create the perfect fake industry expert for your group, that has everyone fooled until they are roaring with laughter!

With nearly three decades of professional comedy experience, from the clubs of Las Vegas to the corporate boardroom, Harry Freedman is a comic you can trust. As a speaker, he has performed for hundreds of Fortune 1000 companies, and is frequently rated ‘best speaker’ at conferences. As a stand-up comedian, Harry is often opening for Ray Romano; has appeared on “Everybody Loves Raymond;” and was a staff writer for “Caroline’s Comedy Hour.” Harry has also written and directed a short film, “30 Minutes,” which received terrific acclaim at the NY Int’l Independent Film Festival.

In addition, Corporate Audiences enjoy Harry’s video shorts, where he interviews selected attendees (in character), to create a hilarious 8-10 minute piece played following his speech, as well as his humorous videographies of whole conferences. So when you think of finding the right performer to give your people a laugh-fest they will love and thank you for, two key words make all the difference: Harry Freedman!
that has everyone fooled until they are roaring with laughter!

WHAT DOES HE DO?
Harry Freedman will create the perfect fake industry expert for
your group, that has everyone fooled until they are roaring
with laughter!

WHAT INDUSTRIES DOES HE DO THIS FOR?

Harry was everything we hoped for and more! His material and performance exceeded our expectations in every way. Our audience absolutely loved him. He was also a pleasure to work with, making my job easier, and making me look good in the process to my superiors.

As you might guess, at Coca Cola, we are sticklers about detail. So we really appreciated that Harry reviewed his speech with us ahead of time. He is truly talented and we hope we can use him again soon.  – Jon Miller- Coca Cola

That was fun! Folks in the chemical industry are not the easiest laughers; it was a blast to watch our attendees’ reaction as you got everyone laughing right from the start even as you posed as a White House expert on safety and the environment. Your jokes were very very funny. You are a true pro and I would recommend you for any group that wants something truly unique and incredibly entertaining.   –Sandra Lehrer -Senior Programs Manager – SOCMA

As you know, I saw you at the National Pest Management Association, and I was extremely impressed, and once again, you  proved that you are a master of the corporate comedy put-on. I know it was very early in the morning, which makes the big laughs you received even more impressive and helped get us in a good mood for our serious meetings afterwards. Harry, you hit a home run. I would gladly use you.  –Leonard Douglen – Exec. Dir. – Associated pest Svcs.

When a speaker gets laughs the way you did then something magical has truly happened. Thank you for an AWESOME closing keynote address. Not only did the evaluation forms come back with high marks, but I personally heard our clients say that you really had made them laugh and they realized what a fun bunch the TRMA members are. If I had to provide you with a single sentence to summarize your keynote address it would be – “Harry is a storyteller who takes the time to learn about his client and the audience and weaves his magical style into every word that leaves his mouth.”  –Roberta Aronoff – TRMA Executive Director

Posing as a Strategic Business Expert, Harry Freedman was the keynote speaker at our Annual YPO Chapter. Mr. Freedman, to put it simply, was hilarious. I consider that if people start crying with laughter during a comedy routine, the comedian is at the highest skill level. There were multiple times where Mr. Freedman had the audience doing just that. If I had to bring up a comedian that he reminded me of, it would be Larry David, who I consider a master. Not only is Mr. Freedman a master, he is also a gentleman and we loved working with him. I give Mr. Freedman my highest recommendation. –David W. Grounds – Day Chair; Arizona YPO Chapter

We decided to add a little comic relief to our annual leadership conference after a long day of strategic content presentations. Harry did a fabulous job posing as an economist. His content and delivery was hysterical and he held the crowd in laughter throughout his speech.

Working with Harry was effortless. I would recommend him for his professional manner, comedic skills and  understanding of the nuances of our industry that all make him unique and memorable.
–David Lingafelter – President, Moen Incorporated

At KPMG Forensic, we are in the business of preventing and detecting fraud, and much to my surprise, you were able to fool our top-notch investigators. Your presentation was a great way to build team morale, break down social barriers, and have a few laughs after a long day. Thank you again for a job well done. –Richard Girgenti – KPMG:US Partner in Charge, Forensic

As you know, this was the first meeting between our two main business units and we wanted something special. The results were spectacular and I have heard nothing but rave reviews. Your performance, coupled with the videotaped interviews of our executives, which you created on the fly, turned your keynote address into something way beyond our wildest expectations.  You had everyone, including our President and all our executives doubling over in laughter, and it was all done with style and class. It was no surprise, that you received an unsolicited standing ovation.
–Andrew Love – Vice President of Marketing: Sarnova

This is the second time I’ve used you and the results in both cases have been sensational. I first hired you for the Association of Contingency Planners, and now the Edison Electric Institute.  As I expected, you were the highlight of our annual conference. Once again, you wrote terrific original material and you quickly got everyone laughing, and in hysterics for 45 minutes even as they wondered if you were really from the DOE. I especially enjoyed watching peoples’ faces as they went from surprise and guffaws to sidesplitting laughter. I can’t tell you how many great comments we got about your performance, particularly after a full day of serious meetings.
–Ed Goldberg, NE Utilities, Edison Electric Institute

Your portrayal of a White House advisor on airport and FAA matters was received with great enthusiasm, particularly because our attendees really were not sure whether your expertise was for real. Your timing, delivery and content, before a very sophisticated audience, were extremely humorous, topical, and tasteful. I would recommend you to any group that wishes to engage an extremely funny and intelligent humorist. –Peter Wallis – Chairman: Calgary Airport Authority.

Your outstanding presentation took many, if not all, of our attendees by surprise. They are still talking about it! It was wonderful to see the laughter in the room and the atmosphere you created definitely fit in with our networking and collaboration mission. Your research of technical terms and how you used them in your talk in hilarious juxtapositions was particularly effective. Please feel free to use me as a reference any time. –William B. Nelson, President & CEO, FS-ISAC

As you know, we had a long morning of serious technical training for our clients. They were definitely expecting more of the same, when you came on after lunch as a business expert on strategic planning and futurism. Well, you did us all a great service by delivering the exact opposite. You gave our clients new energy and lightened the mood for their remaining workshops, so they were able to stay fresh, having been reinvigorated by laughter. For us, it was the perfect way to start the afternoon.  – Stacy Wiessner – Integra Technology

I have received raves from everyone about your outstanding performance at my installation dinner. You took a very tough and chatty crowd and owned them right from the beginning, getting huge laughs while convincing them that you were an economist. The crowd loved it! And then to top it all off, you made a very funny touching humorous tribute video that had everyone rolling as well.
–Scott Sanders – Nassau Chapter, NY Society of CPAS.

As you know, the roast for our retiring president of Choice Hotels was a huge deal. Thank you for an outstanding job.  Your customization was terrific, as was your ability to create very funny material about the company, its executives, and particularly our “roastee.”  I want to thank you for reviewing everything ahead of time. As a result, you delivered a wonderfully funny and touching tribute to Chuck that helped make a great night even more memorable.  –Sarah Wingfield – Choice Hotels

Great job!  You had everyone believing you were a real envoy of the President to India and China, even as you got belly laughs at 9:00 in the morning. You had our alumni group rolling and you did it with clean, classy, and extremely clever material.

I know this is one speech that our fellow alumni will remember for a long time.
–Dee Vaidya – India Institute of Technology Alumni

Thank you so much for a terrific job at our annual meeting for our software users. We put you on early in the morning, which is not the easiest spot to make people laugh. But you faked everybody out into believing that you were actually a White House adviser on technology and insurance and you got them howling with laughter throughout. I would recommend your “ corporate imposter” for any group that wants to give their employees or clients a good laugh break during a meeting.  –Denise Dreher – LIDP

Your incorporation of the information we gave you was perfect, evidenced by the amphitheater being filled with laughter! Everyone enjoyed it completely!  –Gloria Savage – Fiserv Atlanta

Your talk about the steamship industry took our people completely by surprise. It was great watching their faces as they slowly realized you were an impostor. The laughter just flowed! It was the perfect thing to follow a full day of dry meetings. I look forward to using you again soon. –Roy Winograd – VP: HUAL