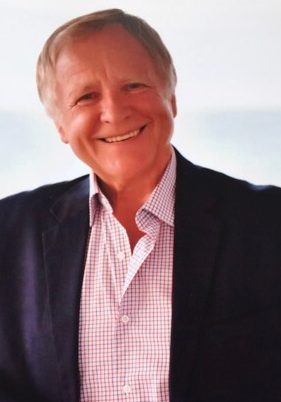 Jan Lewan is a Polish singer and pianist who migrated from Poland through Canada to the United States. He gained and maintained a worldwide audience as a leading author, songwriter, polka band leader and tour guide. A movie about his life called “The Polka King”, starring Jack Black, premiered in 2018.

Jan Lewan, born Jan Lewandowski, is a Polish singer and pianist who migrated from Poland through Canada to the United States. He gained and maintained a worldwide audience as a leading author, songwriter, polka band leader and tour guide.

Born in Poland during the occupation by Nazi Germany and the Soviet Union during the Second World War, Jan loved to sing and dance as a child, studying vocal with mandatory piano class in the Conservatory of Music in Gdansk and singing in the Operetta. Jan’s first public performance was appearing as Cupid in Offenbach’s comic operetta “Orpheus in the Underworld”.

He also appeared in the ensemble of dancers and singers in the Central Polish Army at time when every man had to do mandatory army time at the age of twenty, even students enrolled in the university.

Lucky enough to become an external student, Jan prepared himself to pass the exam to become a professional actor, garnering him the opportunity to sign a contract with the Syrena Theater in Warsaw, which was housed in a beautiful six-story tenement house from the 19th and 20th centuries. Jan was then appearing with the movie stars of Poland, many of whom performed before the outbreak of World War II. One of these screen stars was a popular and remarkable Polish comedy actor Adolf Dymsza, who rose to fame during the pre-World War II and post-war eras. Jan also performed alongside his professor, Ludwig Sempolinski, a renowned polish actor, cabaret artist and vaudeville director, dancer and singer.

One of the most memorable moments of Jan’s professional career, he recalls, was performing in the Nasza Jubilatka (Our Jubilee) by Gozdawa and Stepien. During one intermission, Jan had a visitor come to his dressing room. The visitor introduced himself as Jan Wojewodka, Impresario from Chicago who predicted, “Two years from now I will get you to perform in United States.”

Being in the Syrena Theater opened the door for Jan to perform on Polish national TV and to record his first record at the communist vinyl record factory Muza. After the recording was releases, Jan’s singing career was launched when he performed at Festiwal Opole, after which Jan started to represent Poland by performing in many international theaters like Friedrichstrasse Palace in Germany. Jan also appeared with the review named Melody Druzy singing in Czechoslovakia, Hungary, Bulgaria, Romania and in Russia from Moscow to Siberia until his visa arrived for the tour to North America, thanks to the efforts of Mr. Wojewodka.

Jan then found himself performing with fellow actors and singers in Polish church halls and community centers throughout Canada and the United States, where he continued working with a few musicians playing dinner music at the Canadian Pacific Hotels in Canada including Fairmont Royal York Hotel in Toronto, North Star Inn at Winnipeg, Chateau Lacombe Hotel in Edmonton, Banff Springs Hotel in Alberta, and beautiful Victorian Hotel at Vancouver. Soon thereafter, Jan received an invitation from the Polish American Heritage League and Garden State Cultural Center Fund to perform in the big Polish Heritage Festival at the Garden State Arts Center in New Jersey, and he soon found himself once again standing on the stage, performing in front of thousands. With the opportunity to perform before great Polish American audiences in the United States who love to polka, Jan tweaked his style of entertainment to the more popular polka way which he fell in love with. Polkas were the music people like to hear, so Jan formed his own orchestra and recorded several records. One of these records, particularly the song “Ole, Ole” was nominated for a Grammy. Jan went on to perform ever bigger polka shows in the prestigious Las Vegas Hilton Showroom, Las Vegas Sands Convention Center, and Atlantic City’s Trump Plaza Hotel and Casino, Atlantis Hotel and Casino, and Trump Castle Hotel Casino. The highlight of his career was performing several times a year for seventeen years in the greatest international shows ever at the Donald Trump Taj Mahal Casino Hotel in Atlantic City. Jan also performed with his orchestra and symphony at Avery Fisher Hall at Lincoln Center, the most prestigious concert hall in the United States.

Jan traveled with his orchestra to host his own TV show for seven years on the Fox-affiliated television station for Northeastern Pennsylvania. His very entertaining polka tours took me to Poland, Ireland, Italy, Germany, France, Belgium, England, Jerusalem, Russia, Greece, Egypt and Ukraine. Those were the good times… until that tragic day when, while traveling on his bus with his band through South Carolina on their way to a Florida polka tour, a tragic accident took the lives of two of Jan’s dearest friends/musicians, sending his son Daniel to the hospital in critical condition. The accident ended Jan’s career along with his orchestra, and his life spiraled into darkness, leading to a time of wrongdoing that ousted him from society.

After serving his time, Jan determined to set his life on the right track, launching a second beginning with friends who are now the musicians in his new orchestra. A sold-out reunion concert at the Philharmonic Hall in Hazleton marked a new beginning and happier days. Jan had his son Daniel playing trumpet with the band and his daughter Amber singing with him on stage during the reunion concert, filling him with extreme joy. Jan penned a song about his life while away called “Rappin’ Polka,” which was a hit. By the virtue that his entire career with his orchestra and travel tours had been filmed by Lightning Videos, a documentary was crafted, based on Jan’s life. Later, footage from Lightning Videos would help to develop the storyline for the movie “The Polka King” starring actor Jack Black.

After attending the world premiere of the movie at Sundance Film Festival in Park City, Utah, Jan dubbed it the closing to the story of his life. “From this day on,” Jan says, “when I look back on the past I will smile and say to myself, ‘I never thought I could do it, but I did!’ I overcame all of the people who tried to bring me down.”